Batumi is Georgia’s largest Black Sea resort. Many international travellers I met in Tbilisi had no plans to visit Batumi but, as they’ll discover here, Batumi is an under-rated city and well worth visiting. There are a number of things to do in Batumi which will make for a pleasant trip. So here are the activities I recommend.

THINGS TO DO IN BATUMI

RELAX: Batumi is chill-central. I’m not sure whether it’s the sea air or if the city is simply geared towards pleasure but it’s a wonderful place to relax. There’s a laid-back energy about the place. It exudes tolerance: Anything and everything goes. If you want someplace to rest your weary bones after scaling the mountains of Svaneti then head to Batumi.

BEACH: Batumi’s beach may be pebbly but there are several kilometres of it. Running parallel for its length is Batumi Boulevard, a tree-lined walking and cycle promenade giving Batumi a certain attractiveness reminiscent of the great French seaside cities, with Nice springing to mind.

Batumi marked my first swim in the Black Sea. Biased as I am towards to the Mediterranean, the Black Sea fared positively and the water was quite warm, even for the second week in October.

ENJOY THE LUXURY: Batumi has an extensive list of hotels, many of which are 4-star with a handful of 5-stars premises. The 4-star Hotel Aisi, where I stayed, cost the lari equivalent of €49 a night including breakfast, an absolute steal in comparison to Western Europe’s prices. For example, I can’t even get an Airbnb private room in Dublin for €49!

In 2011, plans were announced to build a Trump Tower in Batumi and for that story check out this article in The New Yorker.

EAT AND DRINK: As well as staying in luxury, one can eat in luxury with exquisite 3-course meals and a glass of local vino costing the lari equivalent of €15. I highly recommend Heart of Batumi restaurant on General Mazniashvili Street.

Batumi is part of the Adjara region which is famous for its Adjara Khachapuri bread, an insanely delicious boat-shaped bread stuffed with cheese, butter and an egg.

NIGHTCLUBS: Batumi isn’t called Sin City for nothing with a plethora of nightclubs dotted around the north end of the city and on the beachside in the summer.

CASINOS: With gambling outlawed in most of Georgia’s neighbouring countries, Batumi fills the void. The city is marketed as the Las Vegas of the Caucasus region. While I didn’t partake in having a flutter, the outside of casinos were fascinating places for people-watching. For many of the city’s visitors the casinos are the things to do in Batumi.

Oblivious groups of tourists enter and you get the feeling they’ll depart with a much lighter wallet than what they entered with. SUVs with blacked-out windows pull up outside and disgorge confident-looking men in dark suits accompanied by glamourous women.

CONCERTS: Plenty of public space in the port area at the northern end of the seafront promenade lends itself to doubling as a concert area.

ARCHITECTURE: Batumi is a mix of Paris and Manhattan. High-rise hotels and apartment blocks fill the south end of the city but fin de siècle buildings in a variety of architectural designs make the north end as much of a pleasure as walking around the French capital.

BOULEVARDING: Similar to the Italian passeggiata, boulevarding is the European art of strolling around an elegant city or town at any time of the day and Batumi is perfect for it. Prime places for boulevarding are Europe Square, Piazza Square and Batumi Boulevard, of course. Piazza Square is particularly good for concerts and cafes.

MONUMENTS: One of the free things to do in Batumi revolves around public art. Some of Batumi’s monuments are modern iconic Georgian sights and their light installations are best seen at night. Alphabet tower celebrates the Georgian alphabet while the Ali & Nino metal artwork is based on the star-crossed lovers of a novel who move towards each other but never quite meet. 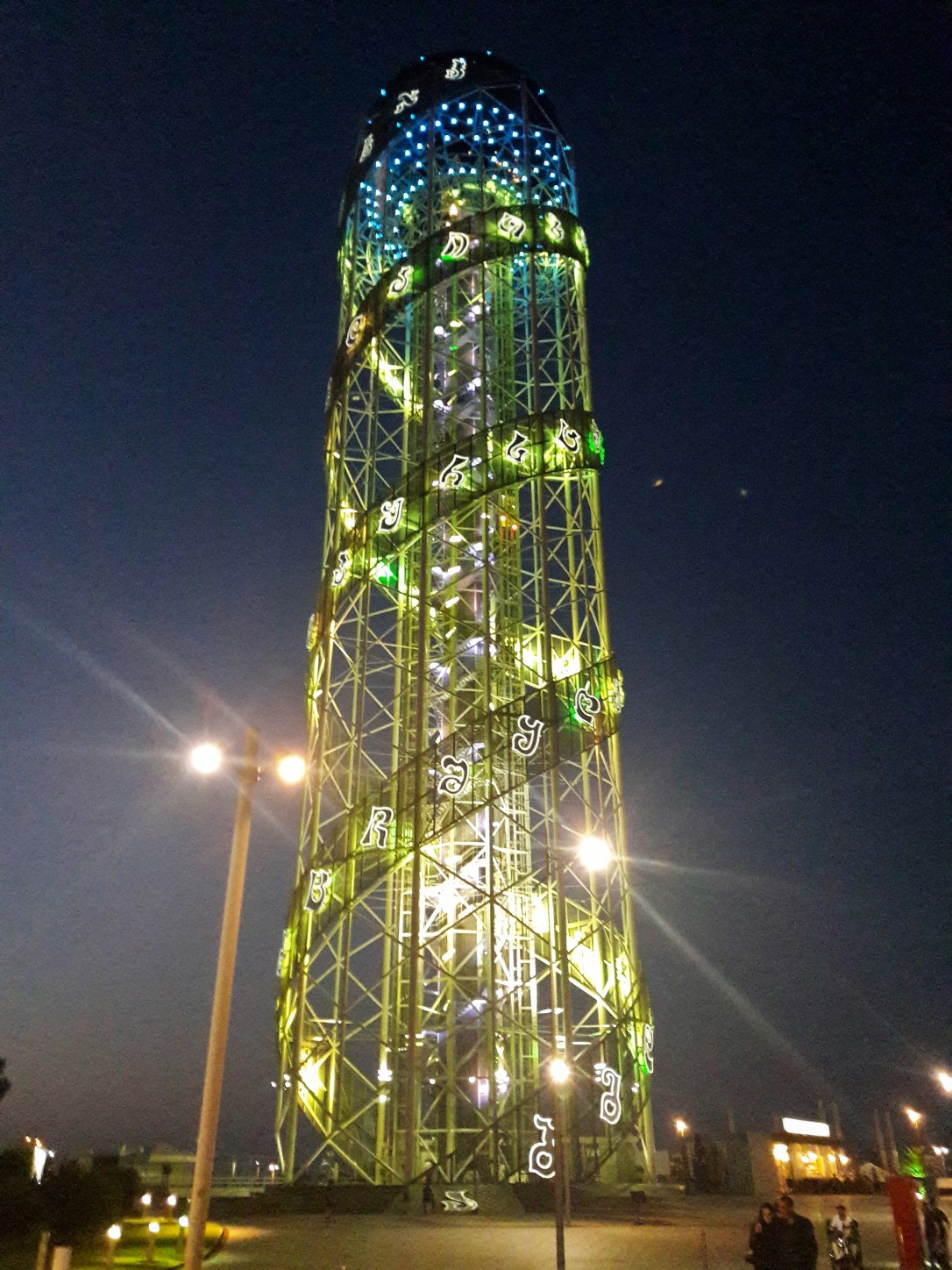 If you see a Ferris Wheel stuck into the side of a building, don’t doubt your eyes or sanity. That’s Batumi Tower and the Ferris Wheel is there by design not accident. Initially touted as a university building it lay empty at the time of my visit.

Visitors to the beach area will not miss the transparent love art installations whose background is filled by the calm waters of the Black Sea.

I loved Batumi and wanted to extend my stay there. I consider it a must-see place on a tour of Georgia but Batumi is also a wonderful option for a stand-alone seaside city break. It may not have the long-standing reputation of Nice, Barcelona or Dubrovnik but Batumi is a unique destination in a country which straddles east and west.

Batumi attracts clientele from countries that are at war with each other but yet peace reigns among all when holidaying in the city. And that’s a very special quality for a city to have.

Getting to Batumi: Batumi has its own airport but has limited international flights outside of the summer season. Its scheduled flights serve Tbilisi, Istanbul and destinations in Russia.

Ferries arrive in Batumi from Bulgaria, Ukraine and Sochi in Russia. The ferry terminal is located in the northern part of the city.

Two trains per day travel between Tbilisi and Batumi but prior booking is essential. The journey takes over 5 hours but the trains are modern and comfortable. There is no dining car on the train (only a food vending machine) so bring food and hot drinks. The train station for trains to Tbilisi is located a couple of kilometres north of the city.

It’s possible to reach Batumi by marshrutka from anywhere in Georgia. The downside is you have to wait until the marshrutka is full, so don’t be in a hurry. A marshrutka from Kutaisi to Batumi cost me 10 lari and takes approximately three hours…of fast driving. The marshrutka station in Batumi is between the cable car terminus and the car ferry terminus. It isn’t a station, as such, but a couple of Ford Transits parked facing the road. It’s easy to miss it so ask the locals.

Batumi is located a couple of miles from the Turkish border and taxis make the journey to and from the border crossing where you can cross on foot.

Getting around Batumi: Batumi is a long and narrow city so your accommodation location will determine your mode of transport. It’s a great city to walk around and there is a free bike system in place as well. Getting to the Old Town from anywhere south of the Dolphinarium will require a taxi.

Where to stay: You’re spoilt for choice but book early for summer stays. I stayed in the 4-star Hotel Aisi and recommend it for its spaciousness and its breakfast.

Is Batumi safe? Absolutely. Despite its reputation as a party city I saw no drunkenness or rowdiness. But for all its clean fun take the usual safety precautions at night. 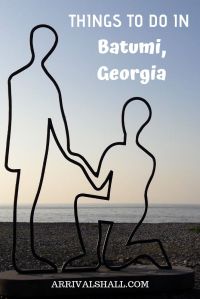 18 thoughts on “Things to do in Batumi, Georgia”