The Coronavirus COVID-19 pandemic has pretty much stopped every traveller in their tracks, with many countries going into complete lockdown. For those of us who love discovering other countries, we have no option but to engage in armchair travel.

Armchair travel is discovering another country/destination through cultural outlets such as television, film, music, books and websites. It’s what I do for 49 weeks of the year and is excellent for researching trips. Here is my general guide to discovering the world from home.

For younger explorers, I have a post on How Kids can Discover the World from Home.

Books are one of the oldest methods of escapism. And there are many categories of books that will do this for you. My favourite book of all is the World Atlas and no house should be without one. Flicking through the pages of border delineations, elevation contours, and the meandering routes of rivers and railway lines is pure relaxation for me.

Fictional novels set in faraway lands are the ultimate escapism, and are often perfect to get an empathy and understanding of people in those destinations. My Best Books to Read while Travelling post includes fiction titles set internationally.

Non-fiction books are essential for logistical, historical and current context and I’ve put together a list of the Best Non-Fiction Books to Read with Travelling that can be read from home as pre-trip research.

Guidebooks provide the essential logistical information while history books create an awareness of how a destination has reached its current state of being.

But it is the travel literature section of the non-fiction shelves that truly transport us. Great travel writers can evoke a place with great clarity. They bear witness to the sights, sounds, people and cultures of their subject matter. The travel literature debuts of Dervla Murphy (Full Tilt: Ireland to India with a Bicycle) and Paul Theroux (The Great Railway Bazaar) are a great starting point.

As someone who reads quite a lot of newspapers and magazines, this is probably my chief inspiration for travel. My trips to the Tremiti Islands, Zadar, Spain’s Costa de la Luz and the Belgrade to Bar train journey were all directly inspired by travel journalism.

My go-to publications are as follows:

Newspapers: The Irish Times, The Irish Examiner, The Guardian, The Independent, The New York Times

Isn’t it great to sit back, relax and let the actors, directors and cinematographers do all the work? That’s the beauty of film for armchair travel.

Much of the world has been put on the silver screen, the US in particular. New York City has featured in dozens of films including classics such as Goodfellas, Barefoot in the Park, and Wall Street. Other US cities have also featured well with Ferris Bueller’s Day Off in Chicago, La La Land showcasing Los Angeles and the Dirty Harry series of films capturing San Francisco exceptionally well.

The David Lean back catalogue is worth looking at with Ryan’s Daughter (Kerry – My home), The Bridge on the River Kwai (Sri Lanka as Thailand), Lawrence of Arabia (Jordan, Morocco, Spain as the Ottoman Empire) and Dr. Zhivago (Spain, Finland and Canada subbing for Imperial and Soviet Russia) as masterpieces.

Fictional MI6 agent James Bond eternally draws the long straw when it comes to work locations so it’s always a pleasure to see where his latest job takes him. 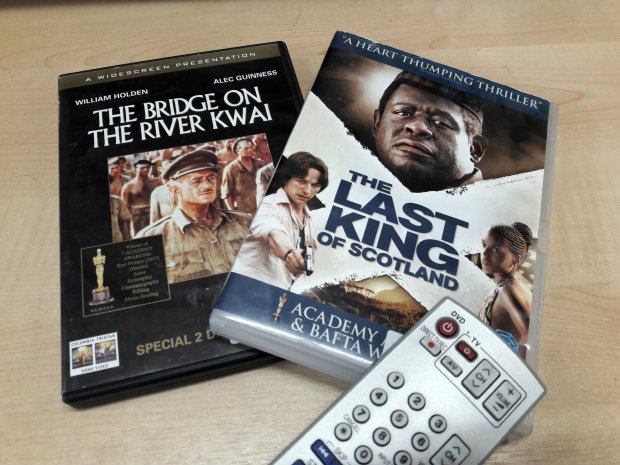 Two of the many great films with international locations.

Like books, television series come in fiction and non-fiction. I’m a fan of international language television shows and I’ve put together a list of the great ones from Europe in my European TV Series post.

I adore documentaries and travelogues and have spent many hours watching the likes of Michael Palin, Joanna Lumley, Levison Wood, and Michael Portillo travelling the world. In fact, it was Mr. Portillo’s trip to Tel Aviv that influenced me to rent a bike and cycle to Jaffa.

I also recommend the Globe Trekker series from Pilot Guides and Rick Steves’ website which includes his TV shows. David Attenborough’s natural sciences documentaries not only show us the world but tell us how it works.

Historians such as Simon Sebag Montefiore, Mary Beard, Michael Wood, Lucy Worsley, and Simon Schama have all brought the past to the present. All have written books on their respective topics as well.

It goes without saying that the Discovery Channel, the Travel Channel and the History Channel are practically mandatory.

I cannot omit to mention the international news channels of Al-Jazeera, France-24 and CNN International that bring me current information with insightful analysis from around the globe.

Music brings us together and keeps us company when apart. Music influences our mood and environment like no other art form.  Music is the universal language that transcends physical borders and other barriers that divide humans. I have yet to meet a person who doesn’t like music.

Have lots of fun by searching for the traditional music of a country of your choice on Spotify.

As for radio shows showcasing international sounds, I recommend the Global Village on Radio Kerry (Tuesday 9pm Irish Time). Trip to the Cottage is the traditional Irish music and song show on the station (Monday 8pm Irish Time).

Travel can inspire photographers as much as photographers can inspire us to travel. A still image can be as powerful as a moving feature. As someone who reads a lot of travel journalism, articles are always accompanied by photographs.

The internet was made for travel photography with Google Images and sites such as flickr as great places to start both random and specific searches. 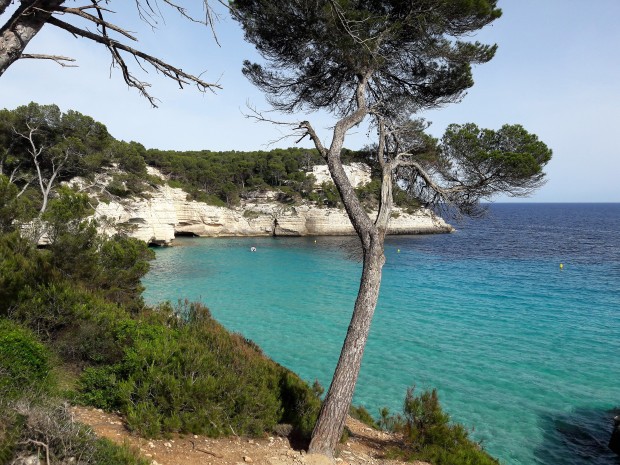 Presenting the fabulous coast of Menorca Island as your new screensaver.

What about Instagram, you may ask? To be honest, I find Instagram flooded with personal images versus landscape/outdoor pictures when I search for destinations. You may have better luck.

However, the Instagram accounts of Levison Wood, Condé Nast Traveller, Kirsten Alana, Chris Burkard, and Gary Arndt are worth following.

I’m not going to overlook my own craft in this list! Travel blogging is such a vast area that bloggers are aligning themselves into niches such as outdoor adventure travel, solo travel, family travel, food travel, LGBT travel, budget travel, luxury travel to name but a few. There are too many bloggers to mention but in some of my posts I have links to specific bloggers.

Typing a destination into a search engine will almost always yield a few blog posts in the search results. However, by typing [destination] + travel blog you will narrow the search to blog posts only.

Google Street View and Google Earth are tools where you can see what an area looks like. I use regularly it when gauging a destination for various factors, particularly when it comes to accommodation (parking, safety, housing density).

Various large museums have portals to do virtual tours. This Time Out article lists the major museums in the world who are catering for a housebound audience.

Food is an important part of a country’s cultural heritage. Travel thousands of miles and fill your stomach in one fell swoop by whipping up a meal from another country. Check out this list of the 100 most popular foods in the world.

Travelling a destination via armchair may be more convenient, cheaper and environmentally friendly. But there is no substitute for being there at the destination and discovering the world behind the headlines.

Nothing beats the intake of breath, the thrilling feeling and sense of achievement of fulfilling a travel goal. What happens between the departure lounge and the arrivals hall can shape a life, provide memories and simply make life more fun and interesting.

18 thoughts on “Armchair Travel: A Guide to Discovering the World from Home”