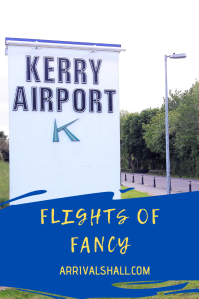 I often get asked about job prospects by people who wish to make Ireland their home, either on a temporary or permanent basis. My answer? There’s Dublin and then there’s the rest of Ireland.

Economic activity in the Greater Dublin Area accounts for over 50% of Ireland’s GDP whereas London accounts for 22% of UK GDP. Ireland has a serious regional economic imbalance and it’s getting worse not better.

Take aviation statistics, for example.  In 2014, Dublin Airport accounted for a whopping 81.9% of airport traffic in Ireland. In 2019, this figure rose to 85.7%. The London aviation hub is the world’s largest in terms of passenger numbers by a long shot. But with 180m passengers, the six London international airports only accounted for 60.9% of the UK’s total reporting airport passenger traffic in 2019.

Ireland’s economic imbalance must be addressed. Government policy can play a key part in balancing economic development. But the regions can also take the initiative.

Tourism is an export service and is an excellent industry for creating sustainable employment. Kerry Airport is a wonderful resource and I’d love to see it grow and develop. It already has international flights to London, Manchester, Berlin, Frankfurt, Alicante and Faro. So here is my wish list of new routes that could invigorate the Kerry economy.

If you’re interested in visiting Kerry, then check out my Kerry Travel Guide.

Cork and Shannon airports have routes to Charles de Gaulle airport (CDG) in Paris and one might feel this is sufficient. However, Paris is the only metropolitan area in the EU that has a population of greater than 10 million. With over 120 flights a week to London from Kerry, Cork and Shannon airports combined, I see potential for a year-round Kerry-Paris route, possibly utilising Orly, the nearest airport to Paris city centre. Paris is an aviation hub serving destinations around the world and would prove useful in bringing tourists to Kerry from further afield.

I was surprised when Aer Lingus discontinued the Cork – Rome route as it appeared to be quite a busy route. Rome is both a popular city-break and wedding destination for Irish people. Rome also attracts year-round pilgrimages. As the third most populous city in the EU by population within city limits, a flight to Rome would be a no-brainer.

Followers of this blog will know that I’m a fan of the Danish capital. With the Scandinavian model the aspiration of social policy makers, it’s about time we acquainted ourselves with it, even if it’s through a handful of weekly flights. Scandinavia’s high cost of living means Kerry would be a relatively inexpensive destination. I choose Copenhagen as a potential route as it is Scandinavia’s largest city population-wise and is within driving distance of southern Sweden.

Istanbul – Now there’s a surprise choice! But when you look at the facts it’s not surprising at all. With a metropolitan area of 16 million people, Istanbul is one of the largest cities in the world. Irish prices would be a challenge for many of its residents who enjoy a low cost of living but given such a large population in a rising economy this tourism market has potential.

Rapid expansion by Turkish Airlines in the past few years has led to Istanbul becoming a world transit hub rivalling the likes of Abu Dhabi and Dubai for long-haul Europe-Asia routes. The new Istanbul Airport, opened in 2019, has the capacity to be the world’s largest when fully operational.

Turkish Airlines flies to more countries than any other airline, and I could see Kerry Airport flights to Istanbul proving popular with the Africa, Asia and Middle East-bound business community in Munster.

Whether you call my above list a flight of fancy or a realistic aspiration, I sincerely hope it draws attention to the need to address economic imbalance. I also hope that new routes materialise to bring tourists and businesses to the great destination that is Kerry.

But for those of you who have already invested your time and money in visiting my beautiful home county of Kerry I would like to thank you for doing so. You have made a profoundly positive difference to the livelihoods of many people I know, and I hope your visit has been as culturally and socially transformative for you as it has been for us.

Kerry Airport was the first airport I used as a passenger. Have a read of that experience in First Flight. 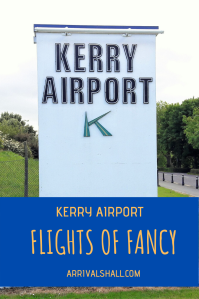 One thought on “Kerry Airport: Flights of Fancy”